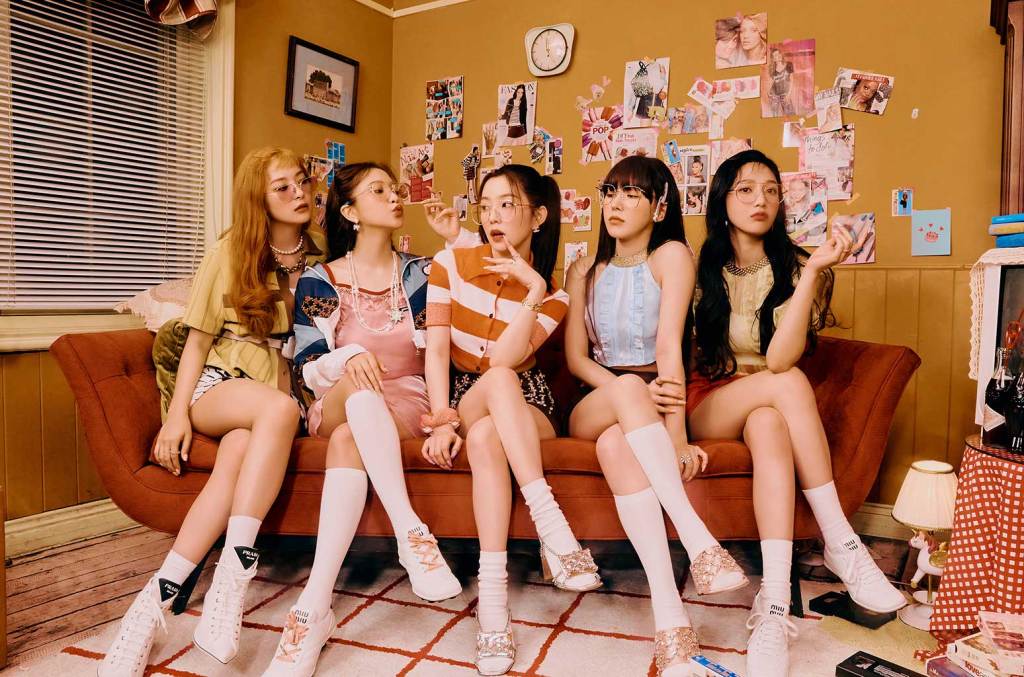 Looking for some motivation to help power you through the start of another work week? We feel you, and with some stellar new pop tunes, we’ve got you covered.

These 10 tracks from artists including Red Velvet, Alan Walker, Julia Pratt and Bahari will get you energized to take on the week. Pop any of these gems into your personal playlists — or scroll to the end of the post for a custom playlist of all 10.

Walkerverse Pt. I & II, the just-released collection from British-Norwegian DJ Alan Walker, contains a multitude of pulsating beats and ecstatic choruses, but “Ritual” is sleek and seductive enough to stand out on the set. Lyrics like “The ritual fires / They light up and guide us / Shining inside us / Calling all, la la la!” may be peak EDM-tent silliness… yet you’ll likely fail when you try to resist its thumping charm. – Jason Lipshutz

The alt-pop duo of Natalia Panzarella and Ruby Carr created “Destructive” with the veteran hitmakers Rock Mafia, and the new single carries a level of polish that recalls the producers’ fluttering pop radio hits of the late 2000s. Yet chalking up the success of “Destructive” solely to Rock Mafia discounts the playful vocal takes of Bahari’s two members, who enjoy melding their personal flaws into joyful, complementary harmonies. – J. Lipshutz

Virginia To Vegas, “Break Up With That Guy”

Derik Baker, the producer-songwriter who also records under the name Virginia To Vegas, originally wrote “Break Up With That Guy” with Band Camino during a hungover morning session in Nashville, but decided to keep the snappy synth-pop track for himself. Good call: “Break Up With That Guy” makes an impression in a short amount of time, with Baker’s voice conveying a coziness even while suggesting the end of a relationship. – J. Lipshutz

“Supersonic L.U.V.,” the latest single from promising new dance duo AR/CO, begins with a siren cry, then a whistle, as if the track is presenting its beguiling hooks one by one. The song congeals from there: whooshing synths, doubled vocals, a bass drop that’s effective without being too intrusive, and a general feeling of fizziness make this a winner that should be kept on repeat until festival season kicks back up. – J. Lipshutz

Emerging Philadelphia-based singer-songwriter Julia Pratt fittingly takes listeners on an intriguing trip with her new single, “Odyssey.” Threaded with her sturdy falsetto, the indie-pop song explores different tempos and production styles within a tight three minutes, a promising indication of all Pratt is capable of — and leaving fan eager for the next journey. – Lyndsey Havens

“No Wonder” is the kind of rare debut single that immediately establishes a new voice as one to watch. With this piano-led first single, Ontario’s Billianne introduces fans to her inviting tone, capable of soaring to Adele-esque heights. She said in a statement the song was inspired by her parent’s love, noting, “With an upbringing like I’ve had, it’s no wonder I’m ready to go.” – L.H.

Red Velvet fans have admittedly gotten spoiled this year: following the March release of the K-pop group’s Feel My Rhythm EP, the idols have come back with “Birthday,” a return worthy of celebration. The upbeat track, which holds a hint of surprise due to a sampling of Gershwin’s “Rhapsody in Blue,” sees the girl group employing their usual calling cards — cheerful lyrics, poppy synths and a tinge of R&B swag to round out their sound. As expected, the song is sugary sweet and features lyrics that transports listeners to a world filled with confections (“I got a special day/ Let’s start, another chance/ Sugar sweet, ice cream cake“) and interesting delights. – Starr Bowenbank

Cosmo Pyke, “A Piper for Janet” (Live at Brodie Sessions)

Cosmo Pyke’s 2021 EP, A Piper For Janet, has been re-imagined for the live setting. The English singer-songwriter sat down for the Brodie Sessions, an intimate concert series filmed on 16 mm film from a private home in Copenhangen, and sang the EP’s self-titled track with just an acoustic guitar to accompany him. The jazzy track highlights Pyke’s penchant for romance, inner reflection and unconventional rhymes (“I, caught my reflection having breakfast and this delicatessen/ And so alone I’ve been stressin’ its fairly depressing. I won’t feel afraid”) in a format that feels much more personal and truer to form for the artist. – S.B.

Anglo-Swedish rockers Alberta Cross are due to return with an album in 2023, and first taste “Mercy” is an achingly gorgeous indication of what’s to come. Between singer/guitarist Petter Ericson Stakee’s wistful upper registry vocals (think Jim James) and soundscapes that bring to mind Mark Knopfler and Ry Cooder, “Mercy” ends up as invigorating as it is melancholy. – Joe Lynch

A solo offering from the Bloc Party frontman, “Vandal” finds Kele taking no prisoners on this ode to channeling frustration into positive change. “Use that rage in your stomach / Let the anger flow from you,” he sing-raps over a jagged yet limber guitar line and staccato dance beats. To take his point home, the single art shows him burning a copy of the Smiths’ The Queen Is Dead, presumably in reference to Morrissey’s anti-immigration viewpoints. – J. Lynch