Tell us about your track

Nau Saal is a love song made as part of the OST for the comic series called Nau Saal. The song summarises the entire storyline of the comic and its emotional beats. With vocals from Jimmy Francis John and emotive Violin parts by Ajay Jayanthi and Ritu Gopal, the song takes you on a journey of a long distance relationship of the protagonists.

Tell us your inspiration behind this track

I originally made this song and the comic as a 9th year anniversary gift to my better half. Often you have special memories which you don’t have photographs of. This was my attempt at immortalising those memories in the best way I could. 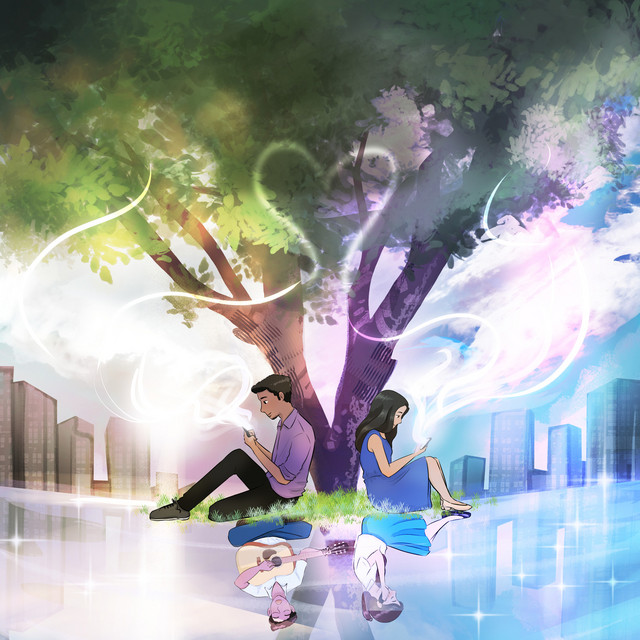 How long did it take to record the track album EP ?

It took around a month to complete the recording process of the song. The recording took place remotely during the Covid Lockdown period. Jimmy,Ritu and Ajay recorded their parts from their studios/rooms and the process was coordinated on Video call or via text msgs. Cyril Sajan, the mix/master engineer of the track worked remotely on it as well.

What is the meaning behind the lyrics?

The lyrics of the song show the progression of the protagonists at various stages of their relationship. It begins during the early days of the relationship marked by innocence and even nervousness. The song then progresses to where the love blooms and to the next stage where they have to begin their long distance relationship. The last verse of the lyrics represents the sadness of not being able to meet every day and a hope to make the dreams come true in the future.

What brings next after this release?

I recently completed work on the BG score for a horror/thriller short film called 44. Currently I am working on a track from an upcoming Telugu feature film. Apart from that there has been a long running animation project which I have been working on with my team. It has a song called Barsaat. It will probably be ready in a month or two after which we are planning to send it for a festival run. I am very excited for these three projects to release!