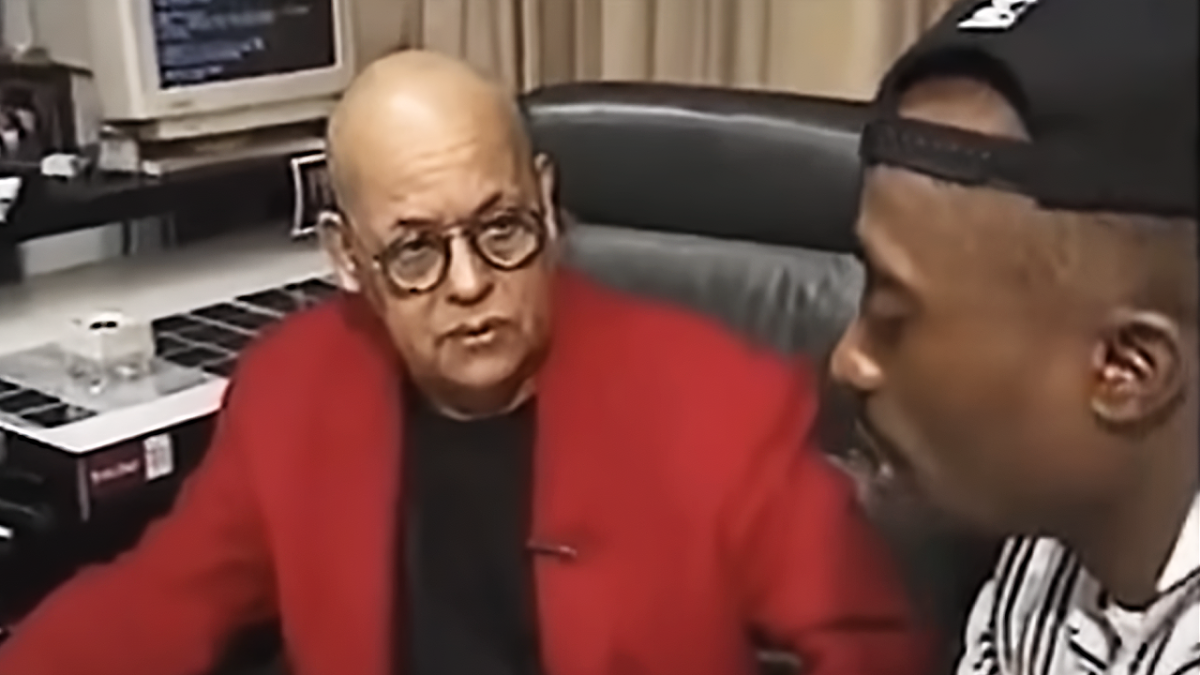 George “Papa G” Pryce, a former Death Row Records publicist who played a key role in the label’s legendary run, has passed away.

A cause of death has not yet been revealed.

Pryce, who also coined “Papa G Hollywood” by Snoop Dogg thanks to his penchant for turning artists into celebrities, served as Death Row’s Director of Communications and Media Relations during the label’s heyday in the ’90s.

A famous video exists online of Papa G sat next to 2Pac in the Death Row offices, showing him the cover art and CD booklet for All Eyez On Me while briefing him on the album’s promotional campaign, which included a presenting gig at the 1996 Grammy Awards and a performance on SNL.

Riskie Forever shared the clip on Instagram while paying tribute to Papa G.

“All Eyes on Me was the first time I met Poppa G, when I painted the insert for the album,” he wrote in the caption. “He was good at what he did When we hung we hung and took field trips everywhere but when he went to work he went to work….He kicked me out his office a lot.”

In another post, Riskie shared a photo of him stood next to Papa G and Frank “Big Frank” Alexander, 2Pac’s former bodyguard who died of a possible suicide in May 2013.

“I could tell you some krazy Stories about both these guys Frank and Poppa G,” he wrote. “Never ever a dull moment But one thing I can say right now I never pictured them dying.”

“If it wasn’t for you, I wouldn’t have learned to write. I wouldn’t have met the people I had the opportunity to meet. Be in studio sessions people could only dream of hang out in Green Rooms,” he added in another IG post. “We had a lot of dope times I was still growing up and you gave me game, knowledge, know how.

“You taught me a lot At Death Row we use to clown our asses off sometimes[.] This one hurts for a lot of reasons…. I wish I could’ve spoke to you one last time! You were who you were in All your greatness as a publicist[.] I love you man.”

“Rest In Peace ‘Poppa G’ George Pryce,” he captioned the picture. “Yes, Suge is the one who officially hired me but Poppa G was the one who really got me in working at Death Row. He was instrumental of taking Suge & Death Row on another level in the press.

“Thanks for being a real Papa to me even after we left the Row. #deathrowrecords #georgepryce.”

HipHopDX sends it condolences to George Pryce’s family and friends.