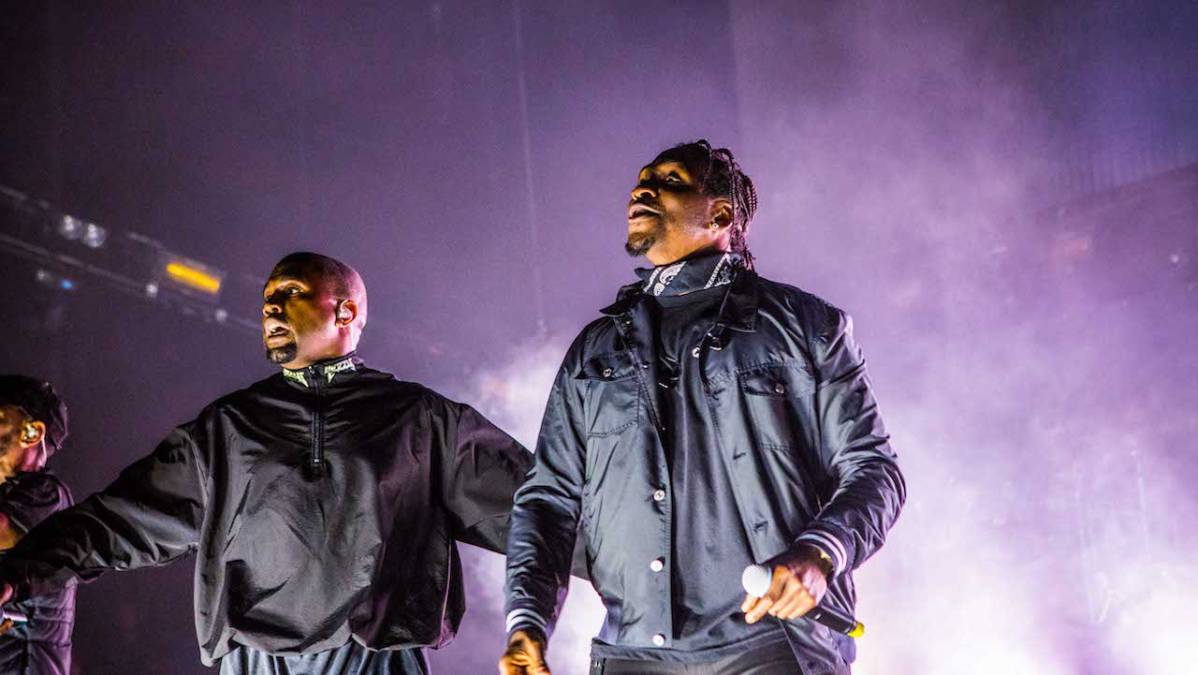 Pusha T has stood by Kanye West’s side for over a decade and now serves as the president of his G.O.O.D. Music imprint.

While he continues to support him as a collaborator, King Push condemned Ye for his recent actions which he deemed “disappointing” in a recent sit-down with The Los Angeles Times.

“It’s definitely affected me,” he said of Kanye’s antics. “It’s been disappointing. As a Black man in America, there is no room for bigotry or hate speech. So yeah. It’s been very disappointing, let’s talk straight.”

However, on the creative side, Pusha T gushed about working with Ye on his It’s Almost Dry album, which Kanye produced half of.

It’s Almost Dry debuted atop the Billboard 200 in April and is nominated for Best Rap Album at the 2023 Grammy Awards.

King Push took to Instagram earlier this month to toast to his Grammys nod, while paying respect to some of his musical peers and predecessors who have also been nominated for awards in the past without having to sell out.

“To be Grammy nominated hits a little different when you are unapologetically you,” he wrote in his caption next to photos of Diddy, JAY-Z, Ol’ Dirty Bastard, Clipse, Three 6 Mafia, Fat Joe, Big Pun and The-Dream shining at various awards shows over the years.

“We don’t beg anyone. We walk and talk the same regardless of the company or room we are walking in… Some of the people in this post are Grammy winners, some not. The one thing we all have in common is that we are the realest version of ourselves and we made you love it.”

He added: “Thank you @recordingacademy voters for this nomination… #ITSALMOSTDRY RAP ALBUM OF THE YEAR… #UNAPOLOGETICALLYME.”

As for Kanye, he’s set on continuing his campaign where he will be running for president once again during the 2024 election.