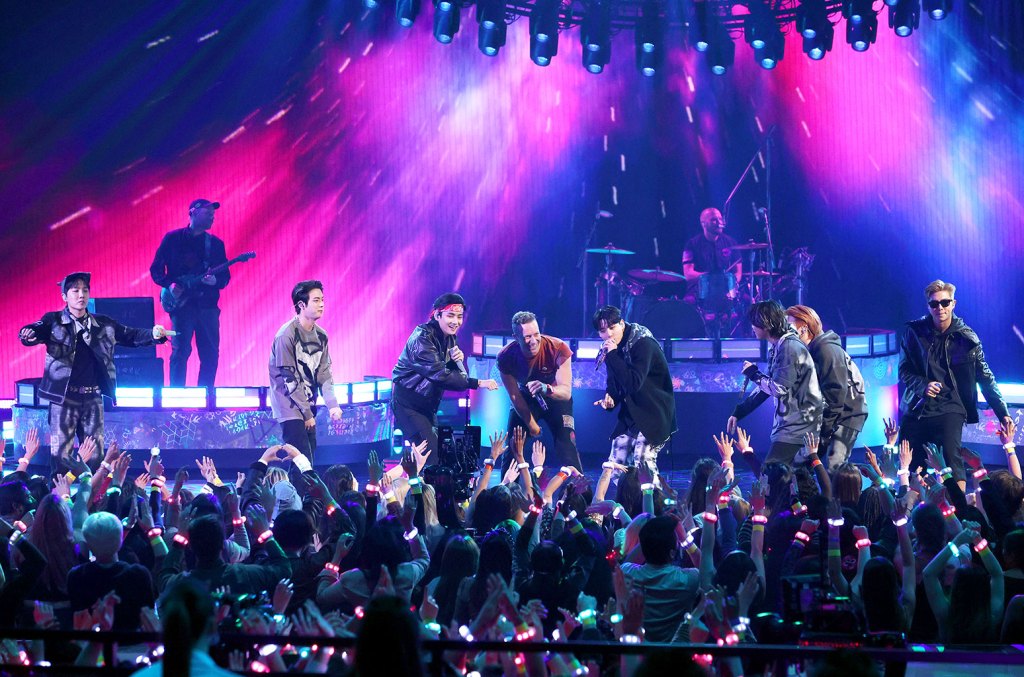 Coldplay has lots up their sleeves as of late, however in response to Chris Martin, nothing they’ll ever do will probably high their collaboration with BTS.

“I don’t suppose we’ll ever have the ability to match the BTS shock,” the frontman mentioned about “My Universe,” the band’s 2021 collab with the Okay-pop phenoms, in a brand new interview with Audacy on Wednesday (April 20). “That was shocking even for us.”

The Music of the Spheres single debuted atop the Billboard Scorching 100 again in October and have become solely the second No. 1 for the British band, and the sixth for the Korean septet.

Martin continued: “The journey from the primary time it was talked about — I used to be identical to, ‘How might that ever work?’ — to the music itself arriving and me pondering, ‘That could possibly be for BTS’ — to now it feeling like essentially the most pure collaboration on the planet. It’s a tremendous lesson for myself in conserving an open thoughts on a regular basis, since you simply by no means know what life or music is gonna throw you.”

Nevertheless, simply because Martin doesn’t suppose he and his bandmates can ship a much bigger shock than teaming up with the boy band, that doesn’t imply they gained’t strive. Elsewhere within the interview, he revealed the band is at present engaged on “three extra albums” within the wake of 2021’s Music of the Spheres earlier than they plan on retiring from recording someday in 2025.

“They every have their very own factor occurring,” the singer teased of the trio of albums, including, “Considered one of them is a musical we need to do as a film. I think about that may in all probability not be completed by then. So, we gained’t put that music out till that movie is finished.”

Whereas Martin and co. are within the midst of their ongoing Music of the Spheres World Tour, BTS simply wrapped their bought out Las Vegas residency forward of releasing their as-yet-untitled sixth studio album.

Take heed to the interview under: