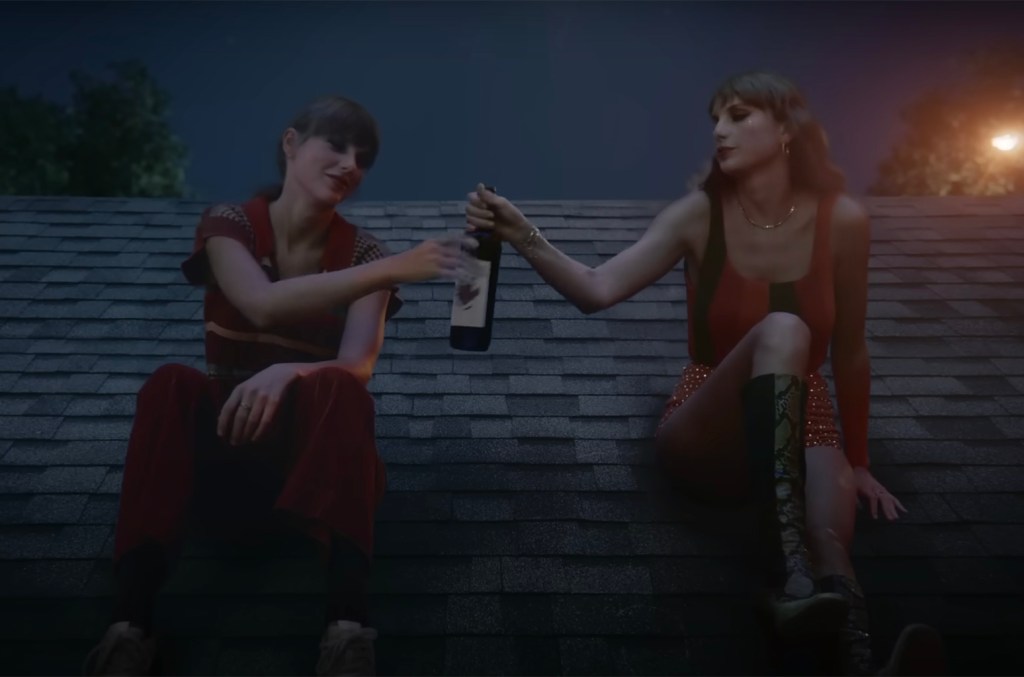 Taylor Swift‘s “Anti-Hero” adds a fifth week at No. 1 on the Billboard Hot 100 songs chart, encompassing its entire run on the survey so far.

The Hot 100 blends all-genre U.S. streaming (official audio and official video), radio airplay and sales data. All charts (dated Dec. 3, 2022) will update on Billboard.com tomorrow (Nov. 29). For all chart news, you can follow @billboard and @billboardcharts on both Twitter and Instagram.

As “Anti-Hero” tops the Hot 100 for a fifth week, Swift solely scores her second-longest reign, passing the four-week rule of “Shake It Off” in 2014. Among her nine No. 1s, the two songs are bested only by the seven-week dominance of “Blank Space” in 2014-15.

Four weeks ago, “Anti-Hero” soared in atop the Hot 100, as Swift made history as the first artist to monopolize the chart’s entire top 10 in a single week, with all tracks all from her new album Midnights. Meanwhile, of the 64 singles that have debuted atop the Hot 100, “Anti-Hero” is just the 12th to have spent at least its first five weeks on the chart at No. 1, and the first since BTS’ “Butter” led in its first seven weeks in June-July 2021 (before pushing its total to 10 nonconsecutive weeks in the top spot).

“Anti-Hero” additionally hits No. 1 on the Adult Pop Airplay chart, becoming Swift’s ninth leader, and first since “Willow” for three weeks in April-May 2021. Among all acts since the chart began in Billboard’s pages in March 1996, only Maroon 5 (15) and P!nk (10) have notched more No. 1s. (As “Anti-Hero” also rises 6-3 on Pop Airplay, fellow Midnights cut “Lavender Haze” bullets at No. 31 and debuts at No. 36 on Adult Pop Airplay, as it is now being promoted as the set’s second pop radio single. Concurrently, the album’s “Snow on the Beach,” featuring Lana Del Rey, debuts at No. 36 on Adult Alternative Airplay.)

Steve Lacy’s “Bad Habit” holds at No. 4 on the Hot 100, following three weeks at No. 1 in October. The track concurrently tops the multi-metric Hot Rock & Alternative Songs, Hot Rock Songs and Hot Alternative Songs charts for a 14th week each and Hot R&B Songs for a 12th frame.

The song sports a record-setting history on the Hot 100, following its 1994 release on Carey’s 1994 album Merry Christmas. As streaming grew through the 2010s and holiday music became more prominent in Yuletide playlists on multiple streaming services, the modern carol hit the top 10 (reaching No. 9) for the first time in December 2017 and the top five (No. 3) for the first time in the 2018 holiday season. In December 2019, it ascended to the summit, 25 years after its original release, becoming the second holiday hit ever to reign, after “The Chipmunk Song” by David Seville & the Chipmunks spent four weeks at No. 1 beginning in December 1958.

“Christmas” became Carey’s 19th Hot 100 No. 1, as she extended her mark for the most among soloists and moved to within one of The Beatles’ overall record 20.

As “Christmas” dominated the Hot 100 for three weeks on the charts dated Dec. 21, 2019, through Jan. 4, 2020, Carey also became the first artist to have ranked at No. 1 on the survey in four distinct decades. The track led again for two weeks in the 2020 holiday season, passing “The Chipmunk Song” for the most for a Yuletide song, and ruled for three more frames over the 2021 holidays, upping its total to eight weeks at No. 1.

Again, for all chart news, you can follow @billboard and @billboardcharts on both Twitter and Instagram and all charts (dated Dec. 3), including the Hot 100 in its entirety, will refresh on Billboard.com tomorrow (Nov. 29).

Luminate, the independent data provider to the Billboard charts, completes a thorough review of all data submissions used in compiling the weekly chart rankings. Luminate reviews and authenticates data. In partnership with Billboard, data deemed suspicious or unverifiable is removed, using established criteria, before final chart calculations are made and published.